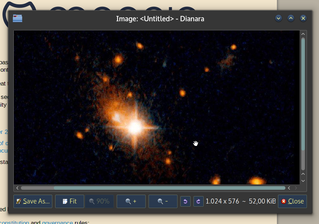 Hi there, inhabitants of the pumpiverse! o/

Not much new, mainly a reworked image viewer that now allows zooming the image with the mouse wheel (or equivalent touchpad mechanism), dragging the image around also with the mouse, shows the zoom level, and actually rotates animated images correctly =)

Randy Noseworthy, McClane, Tyng-Ruey Chuang, Krugor and 5 others likes this.

Randy Noseworthy, McClane, JanKusanagi @identi.ca, Krugor and 4 others shared this.

Yes, their SFTP wasn't working, so a few minutes ago I finally investigated and found out why. I've now pushed it via scp, so just give it some time for mirrors to sync =)