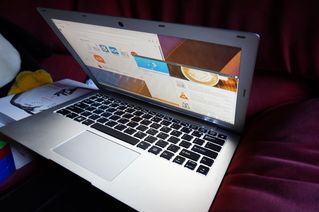 There is a new KDE Slimbook on sale as from today. The KDE Slimbook II is svelte and smart on the outside, but powerful and fast on the inside.

Other things to look forward to include:

You can check out the KDE Slimbook's full specs here (note that the Katana II is made by the same people and is the same hardware, but does not come with KDE neon pre-installed and pre-configured).